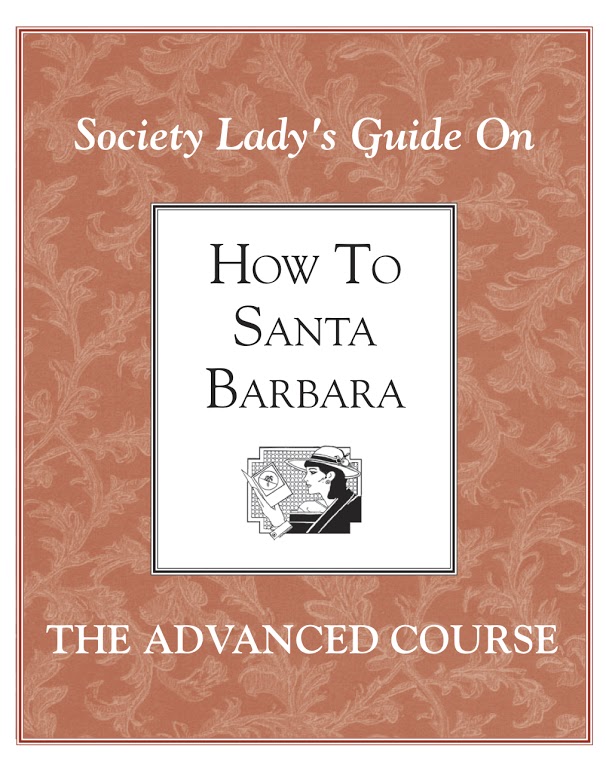 Society Ladies How to Santa Barbara
By Erin Graffy

“Erin Graffy de García (aka Society Lady) brings us her second, hilarious book codifying the social ores of our little plot of Paradise by the Pacific. In How to Santa Barbara the Advanced Course, we have an incisive, on-the-money parody of what it means to be all things Santa Barbara.”
Jeanne Umana, Santa Barbara Family Life

“The Society Lady has done it again. By “it” we mean put her finger on the pulse of Santa Barbara and produced a commentary on life in the so called “American Riviera.”
Pacific Coast Business Times

“Erin Graffy de Garcia would make a great carpenter if she weren’t writing books poking good natured fun at her hometown. The woman know how to hit the nail on the head when it comes to describing Santa Barbara’s idiosyncracies …..There will be many knowing chuckles and chortles as people read Graffy’s witty observations….(a) laser take on local quirks.”
Marilyn McMahon, Santa Barbara News Press

“Her well-stropped wit and clever observations make it a joy to read.”
Jim Buckley, Montecito Journal