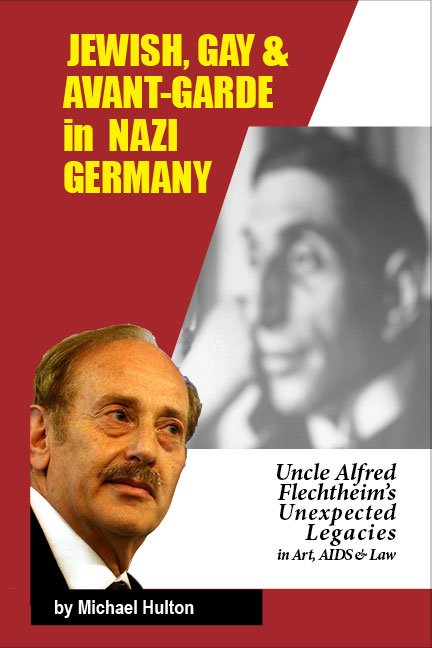 Michael Hulton weaves two fascinating eras to give the reader a new perspective to address art and the law.

Hulton recounts the life of his great-uncle and art dealer Alfred Flechtheim, who was a gay Jewish man in the decadent avant-garde movement during the Weimar Republic through to Nazi Germany. Hulton also traces homosexual history, how it was recognized in society starting from the end of the 19th century, through its “coming out phase” in the 1960s.

He finds parallels between the denial of the Holocaust and AIDS skepticism, and as a medical doctor was personally involved fighting for AIDS recognition and treatment. Finally, Hulton details economic spoliation in Nazi Germany and his own pursuit of art restitution on behalf of his late uncle’s family. The result is an unexpected legacy of law and art, leaving Hulton the means to donate his share of his restitution inheritance to HIV research and Jewish organizations.