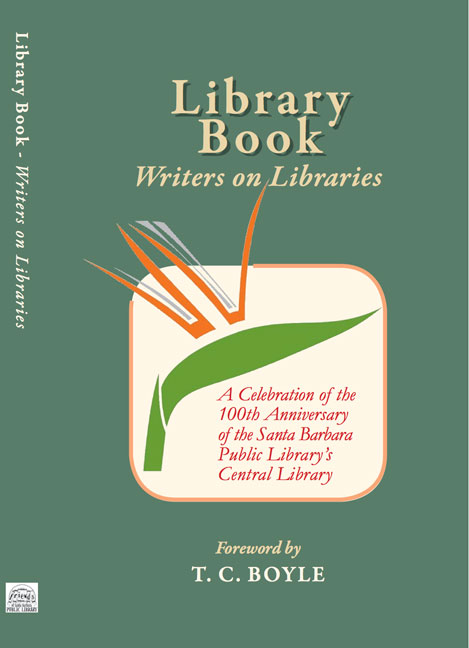 In celebration of the 100th anniversary of Santa Barbara’s Central Library the Friends of the Library have published Library Book: Writers on Libraries, an anthology of prose and poetry about the glory of libraries. Over 80 writers are represented, including Ray Bradbury, Fannie Flagg, Sue Grafton, Pico Iyer, Leon Litwack, and all the living Santa Barbara poets laureate. Writers who were raised in Santa Barbara, such as Gretel Ehrlich, Hilary Dole Klein, Erin Graffy, and D. J. Palladino are included as well as former Santa Barbarans, such as John Daniel, Jeff Greenwald, and Gayle Lynds.